Well, it was cold, and then it was cold and rainy. And now, naturally, we're having a heat wave. But not any heat wave - this is Sharav! Sharav is the Hebrew term for hot, dusty winds, which are generally followed by a dirty bit of rain. This happens, generally, just after we Israelis have begun to clean our homes for Passover, and would prefer not to have everything covered in dust and mud :)

Anyway, Passover is only a few weeks away, and here we are, in the middle of our dusty wind. And so I decided to take a photo for 12 Kuvaa, that cool as anything meme in which we take a photo of the same scene, at the same time of day, once a month. Just to refresh your memories, here are the entries from the previous months (we started in September). The view is of the park across the street from our apartment: 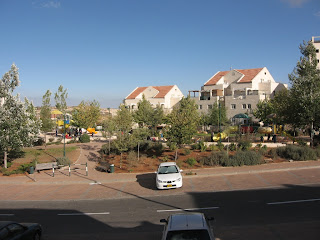 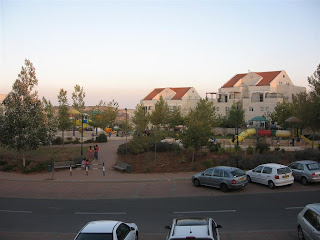 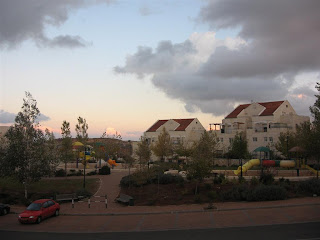 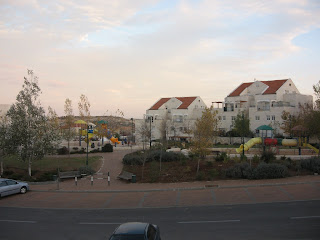 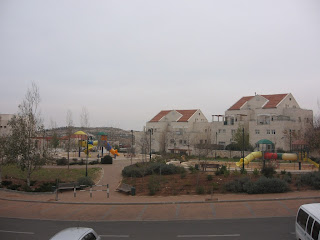 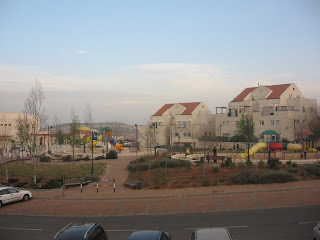 And now, for the moment you've all been waiting for, taken at 4:30 this afternoon, in the middle of our cloud... March! 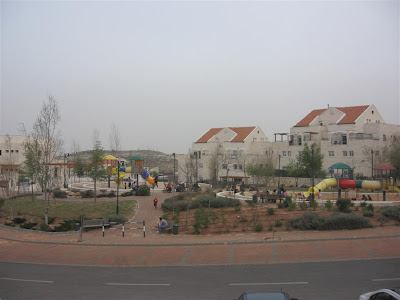 Not impressed, eh? Not dusty enough for you? Well, to give you an idea, here's what the sun looked like at the same time: 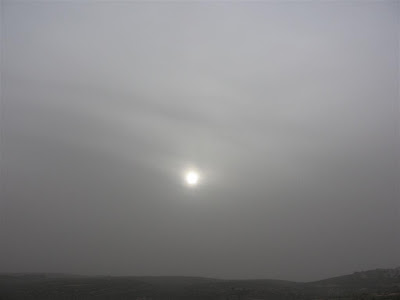 Anyway :)
Do check out more cool 12 Kuvaa photos, from all over the world! Catch you again next month!
Posted by toby at 6:23 PM

When you say it, I can feel the dust. It´s everywhere. I´m complaning all the time about snow... We have it enought this winter. But now... I take rather snow than dust.

Yup, things outside my window are so white that if you saw a photo and didn't know better you'd think it was snow.

When I was in the pharmacy this morning half the people there (me included) were stocking up on asthma and allergy meds!

Anaway, You don't have snow. Be lucky.

This is such a cool idea to take photos at the same place once a month!

I woder which is worse: dust or snow. I'm allergic to dust so I guess I'd reluctantly prefer snow. :) 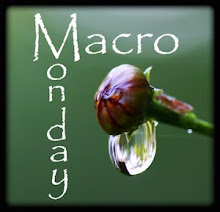